Sooo, after having a house full of children, one of the RushBunch decided to ask me the question no parent likes to be asked. Where do babies come from? Actually, I would not have minded that question because the way the question is posed it would be an easily divertable one. But alas, the geniuses that learn at Rush Academy know me all too well. Her direct question was, How do babies get in your stomach?

For those that do not read my blogs or posts often, first of all, shame on you, you must know that I have a very direct and honest approach with my children. There is no fairy tales and fallacies I use to cover up truths and fact of life. No flying storks over here!

Despite what some may think, babies do not come from McRushes mangina. Only a man and woman can make that happen.

While this question makes me sad that my baby is growing up, my first instinct was, how can I make this a homeschool lesson. But before the lesson, I must first answer the question because it will only be repeated until I do.

What did I say? Sperm. Yes, I gave a one-word answer and looked at her for the follow-up, there wasn’t one. Assuredly she was waiting for my explanation but I had already decided that it will be a school lesson. The little that asked me is seven and I figure, my six and five years old would be interested as well. So, tomorrows lesson will be on sex education. We have a 16-year-old whom we have a talk with probably every year since he was 9 but bring it up more often, as we giggle about how uncomfortable he gets because we are so blunt. He appreciates it though he says, keeps him in check.

I was hoping to continue with finances but that can wait until next week. 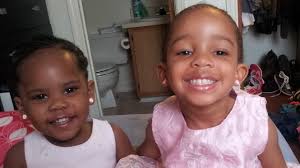