Today I had a faux sense of failure. It brought on more feelings of loss and pity. All of these ‘mistakes’ I had previously endured came flooding in as if a dam had just burst open. They were overwhelming, so much so that I literally had to fight back tears. It was as if a cloud of depression appeared over my head without warning. One minute I was working on a proposal the next I was curled in a ball on the couch with my son wishing I’d made different decisions in life. I hardly even knew this feeling but what I did know is I didn’t like it.

Rewind to twenty minutes ago….

I had just given Cameron a dose of Tylenol and rubbed some orajel on his gums. He is taking this teething thing pretty well his crying is minimal but he makes the cutest faces when its bothering him.

I was in the middle of writing a proposal for a project I am working on so I laid him on the couch beside me.Don’t worry the couch is so close to  me that my leg rests on it from the desk. I was laughing and talking to him as he discovered his new laugh. His older brother came in and picked him up and was playing with him so I went back to focus on writing. The littles are playing around in the living room as well, jumping and singing, laughing and giggling. I suppose I became so immersed in my writing that I had not noticed everyone had left and there was an extreme silence in the room. Before I could notice it I hear a bang and a scream. At first I had no idea where the sound was coming from but quickly realize it was coming from behind me. It was Cameron who laid flat on his face across a small bar attached to the swing. I jumped up heart racing. I snatched him up and immediately hold him in a tight embrace, his small sound muffled in my shoulder as I try to calm both he and myself down. I am afraid to look. What if he is bleeding?  What if something is broken? What if he stops breathing? I can’t breathe now as I find myself having a slight panic attack. I yell out WHO PUT HIM IN THE SWING! No one answers. WHO PUT HIM IN THE SWING? I repeated myself getting angrier as the seconds tick by. The bigs and littles swarm into the living room clearly hearing in my voice that I am not in a repeat myself mood. As they all just look at me I ask again, who placed Cameron in the swing. “I did” I hear faintly. Disappointment was the first emotion I felt since having to hold my newborn baby boy in my arms still not yet knowing the damage done. In my most calm voice I ask, “how many times do I have to tell you guys not to put him in the swing without strapping him in?”.  They look at me completely dumbfounded like the words have never come from my lips.

I finally pull him back and he looks okay besides a very small hairline cut under his eye and just before my eyes I see it swelling. I ask for a rag and a bag of vegetables from the freezer. I put a little bit of Vaseline over it to keep the rag from sticking and the coldness from freezing his skin and place the rag and vegetables over his eye applying slight pressure. He has calmed now but I cannot fight the feeling of guilt as my eyes water. I began to remember many other moments in motherhood I would like to change, this being one of them. What kind of mother am I? What if it were even worse? Then suddenly all the good I have ever done in my life is compressed and all I can remember are my mistakes. Thomas kneels beside me and tells me its not my fault. He kisses me on my forehead and reminds me that accidents happen. Though they seem horrible now, it will be alright. Cameron will be alright. I dozed off holding Cameron tightly in my arms wishing I could make it better.

When I awake about an hour later Cameron is smiling and laughing yet still asleep. I have a feeling of relief. His smile, coupled with the whispers of Thomas made me realize I cannot control everything. Sometimes bad things are going to happen and I cannot allow darkness to take over my light. I feel like, when Cameron was hurt I was emotionally sidetracked. It allowed all of these horrible feelings to come in like a flood and made me lose focus and fear set in. But I am reminded that I am stronger than that. It was a Faux sense of failure.

Cameron is well. Thank you. ❤ 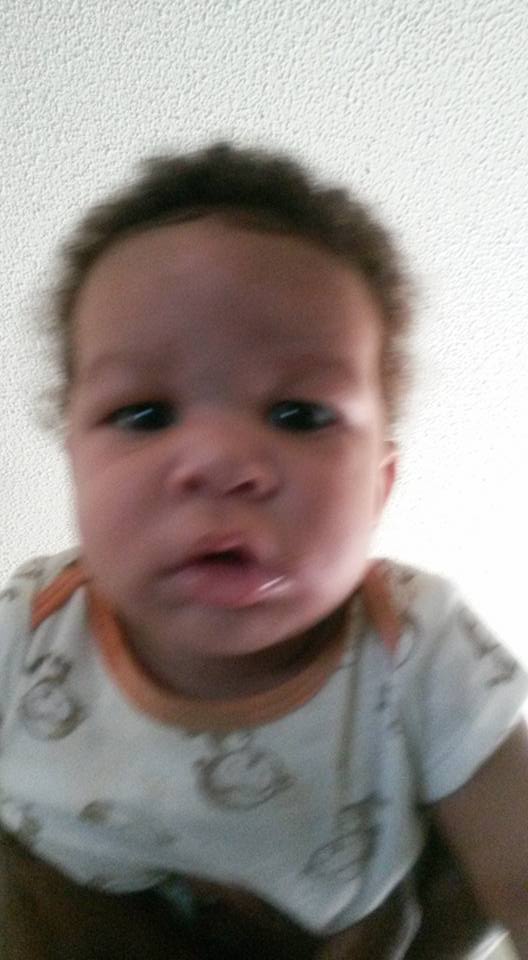